Font Blanca 2019 is a strong bet for audiovisual broadcasting

The second event of the ISMF World Cup aims to take a giant step in the growth of mountain skiing at an international level with the broadcast of the individual race for streaming and the vertical one for Andorra Televisió.

Ordino, December 19th, 2018 – Font Blanca knows that, due to the growth of skimo and the ever-increasing impact the ISMF World Cup is having, it is necessary to take a giant step and this is the way to do it: the audiovisual media. That is why, for the 2019 edition, Font Blanca will broadcast both races.

The individual race on Saturday, January 26th, will be streamed for the first time in the history of the ISMF circuit. Last year, bad weather forced the race suspension, but by 2019 the coverage forecast is much more complete, with up to five cameras distributed in different strategic points, two mobile cameras and one drone at the exit-arrival, in addition to a broadcasting through the fontblanca.ad website and Facebook as well.

The vertical race on Sunday, January 27th, will be broadcast for the second consecutive year live by Andorra Television, as well as andorradifusio.ad website.

Font Blanca wants to involve the most important federations (Italy, Switzerland, France, Sweden, Spain and Austria), top runners, sponsors and the International Ski Mountaineering Federation (ISMF) in order to promote one broadcasting that will be visible anywhere in the world thanks to the Internet.

Committed to sustainability and solidarity

Despite this step forward at the level of online communication, Font Blanca wants to maintain its traditional philosophy of being characterized as a sustainable and supportive country event.

For the fourth consecutive year, Font Blanca will reaffirm its firm commitment to sustainability that will not only compensate for the generated CO2, but also a very ambitious sustainability plan that focuses on various areas of the race: commercial, mobility, solidarity and Also referring to circuits, catering or supplies. If you already had years before Lavola as an ecopartner, by 2019 you will also have the support of FEDA and EcoTecnic.

On the other hand, one more year Font Blanca will show its solidarity character by carrying out actions to help improve the complicated living conditions that exist in Third World countries.

This year, he will be collaborating with the Mountain Foundation for the Himalayas to finance the displacement of children living and studying in Catmandú so that once a year they can return home to visit the family, to remote villages that They are even on the other side of the Tibet border.

Three paths thinking of all the scenes

At the sporting level, the course of the individual race will be practically the same route as last year and the vertical will have a small variation at the height of Comallemple, which will not allow to look for the record of time of the previous editions. Axelle Mollaret is the one who has won the female record since last year, which marked 31:37, surpassing 23 seconds before, achieved in 2014 by retired Laetitia Roux at (32:00). In men, it is Kilian Jornet who has the record time since 2016, with 26:50.

Thinking about all the possible scenarios for race days, Font Blanca has planned up to two other routes, in order to guarantee 100% safety of the riders mainly in case there are adverse weather conditions. 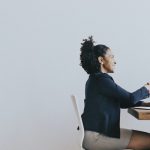