Lavola renews its partnership with Font Blanca 2019; furthermore, EcoTecnic and FEDA are also added for this year

Lavola has once again renewed its partnership as a sustainable entity for Font Blanca 2019, to which EcoTecnic is added, to make a more accurate study of the environmental impact, and FEDA, with electric vehicles.

The objective of Font Blanca is ZERO Waste. It has created sustainability as a crosscutting area.

Font Blanca is an entity committed to the environment. In the year 2015 he carried out a study of environmental impact and in 2016 he drawn the first manual of sustainability of the Font Blanca race.

Currently, it deals with sustainability in two areas:

-National: drives the emissions compensation project, protected by the regulations of the Principality of Andorra’ Government regarding sporting events.

-International: promotes and leads the sustainability commission of the ISMF (2017). Creator of the Sustainable Mountain Skiing races Guide (2017).

Actions such as these have given the “cleanCO2” certificate to the race as a neutral sporting event in compensation of CO2 emissions. Do you want to compensate the CO2 emissions from your car? They will tell you how to do it. Clik here: http://www.clean-co2.com/software/en/webshop/font_blanca/step1 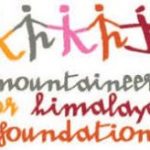 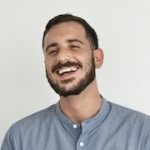