Palzer, Mollaret and the skimo are winners of the Vertical Font Blanca 2018

The vertical race of Font Blanca 2018 provided us with a before and after in the ISMF World Cup 2018. The winners have been the French Axelle Mollaret, the Italian Anton Palzer … And also, the mountain ski.

For the first time in the history of this sport, a race has been broadcast live on television and the experiment has been a success. As the director of the test, Carlo Ferrari explained, the synergies have been a key factor: “We have done a great job, for many months, between the organization, Andorra Telecom, RTVA and the Vallnord-Arinsal station. But it was worth it. We have shown that the mountain skiing race can be done live on television. We have now seen that this is not a utopia … And that sport deserves it”.

A speech by Ferrari that has reaffirmed by the president of the FAM, Jaume Esteve, with a voice exhausted but at the same time of maximum pride: “Andorra Television has done an impressive job, to congratulate them. At the public level we still have to quantify the figure, but I have seen a lot of viewers, people everywhere enjoying this show. Everyone agrees that today we have had a very important international moment for mountain skiing. ”

Full success is not just an opinion of the organization. It is for the ISMF as well, who in the mouth of the general director, Roberto Cavallo, adds that has been a “fantastic” race at the organizational level. “Every day we are stronger in anticipation of the Olympic Games. Direct TV and Streaming has been a very important step, this must be repeated. There are people who have seen it from abroad and I have been happy, the result has been very good for the dream of being Olympic. ”

Mollaret, intractable and a new record

He won at Wanlong (China) and today he has repeated. The French Axelle Mollaret has come out marking an infernal rhythm that nobody could follow. The result was not only to cross the solo goal line, but also made a record of the test with a 31:37 record, lowering the exact 32 minutes of her compatriot Laetitia Roux in 2014. The tightest battle was for the Second place but, a greater power of the Swedish Emelie Forsberg in the sprint of the last meters has made earning the second position with a time of 32:15. Nine seconds later the podium was completed by the Swiss Kreuzer Victoria.

Mollaret is the leader in the overall standings with a win and 200 points; Second is the Spanish Clàudia Galícia (116), today seventh; and third the Italian Katia Tomatis, today fifth.

In the men’s category, Anton Palzer arrive in Arinsal as a defender of the title and had to leave all of him to repeat victory with a time of 27:09 and five seconds less than the young Italian-winner from the spoil category- Davide Magnini. Michelle Boscacci was leader for more than half of the route but he deflated himself and he had to settle for the fourth place and the third one was for another transalpine runner, Robert Antonioli.

The best Andorran was Jordi Solé with a 36th position and a time of 30:45. The representative of the FAM ran along with Gerber Martín, who finished 37th. Xavier Areny was the 41st, David Pérez the 42nd and Euan Prieto the 43rd.

Palzer dominates the general classification with 200 points, Boscacci is second with 110 and Magnini is third with 106. By Andorra Jordi Solé is the 34th in the general, Gerber Martin the 39th, Xavi Areny the 41st, Euan Prieto the 42nd and David Pérez the 43th. 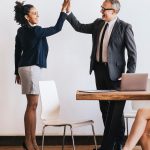